As the Kelowna housing market grows steadily more competitive, buyers are keen to find ways to increase the odds of their offer being accepted. One way to do so is to make a subject-free offer, or a bid that has no conditions once it is accepted by the seller. While this may seem like an easy way to improve your offer’s legitimacy, we will caution you to reconsider whether the risks are manageable since they so rarely are.

A subject free offer implies that the buyer is certain of their offer and has no other considerations to make—they have done their research and due diligence, so they no longer need to stipulate any conditions in their offer to purchase a property. In a perfect world a subject free offer makes sense since it assures the buyer that the offer will not fall through. Unfortunately, between an offer being accepted and a purchase being made, issues may come to light that would (and should) dissuade the buyer from following through.

What makes a subject-free offer risky?

In a hot real estate market like the Okanagan or the Greater Vancouver Area, the number of potential buyers on a single property can be substantial. In this case, it is a seller’s market since the seller has the freedom to choose between competing offers on their property. This puts the onus on buyers to make their offer as appealing as possible.

In any of these situations, a subject-free offer would leave the buyer with little recourse to back out of the deal. As you can see, the risks inherent to these types of offers are often unpredictable.

This is a real life example that happened on March 13, 2021. We were working with a family moving from Vancouver. They had already sold their house and were on the hunt for their next family home in beautiful Kelowna. This was their favourite home because of the large back yard, swimming pool and location.

We scheduled a 30 min block to view the home and had to wait outside because there were two other agents + groups ahead of us and two behind us. As soon as we finished we decided to go write up the offer; a super strong, subject-free offer with the Seller’s dates.

The Listing Agent let us know that they were receiving 8 other offers on top of ours, so we went in $235,000 OVER ASKING price. To our shock, we were not the highest offer and the property ended up selling for $239,100 over ask.

Take a close look at those numbers, that is only a $4,100 difference 🙁 It’s an emotionally exhausting market out there for buyers, however sometimes things don’t work out to plan. The most important thing to remember is to work with professionals to ensure you are avoiding the risks that are inherent to subject free offers like this one.

When is it a good idea to make a subject-free offer?

Although there are many considerations in the purchase of a home, it is possible to have your research done upfront. If that’s the case, and your financial situation will not be affected by factors outside your control, then a subject-free offer may entice buyers enough to accept it quickly.

It is easy to become attached to a property in your real estate search and be willing to drop all conditions to get it. While that will definitely make your offer appealing, we strongly urge you to instead take the safer approach of keeping certain subjects intact. Subjects in real estate are conditions that must be met for an offer to be finalized.

This is just a short list of the most common subject clauses that may help you to see why a subject-free offer is generally inadvisable.

How do you safely make a subject-free offer?

If you are fully confident in your financial situation and are able to cover your down payment, then you may wish to consider making a subject-free offer on a property. By contacting a mortgage broker to assist in this process, you can eliminate many of the risks involved in making a subject-free offer. Further, you are likely to save money by taking advantage of the best mortgage and financing options available to you.

There are certain cases for making a subject-free offer. These are often cases where the buyer was able to perform all necessary checks and balances to ensure their purchase would be financially viable. Such an offer should include the due diligence, so as to show the seller and any financial lenders that the property is a safe investment.

Lastly, if a seller is encouraging subject-free offers or locking in a date to review all offers, a buyer should consider why the seller is taking such an aggressive approach. Oftentimes, these demands will reduce the number of offers made and may actually reduce the final sale price. Part of completing your due diligence should be to investigate the reasons a seller is selling in the first place.

Make sure that your offer is safe and effective – contact us to get started! Sitting alone in her home office, a space where she spends many of her waking hours, Kelowna real estate agent Danielle Grundy works by the faint glow of her favourite vintage desk lamp, the one that shines just enough light to illuminate the large but organized stack of documents spread across her desk. Combined with the bright glow of a full moon, it offers the perfect lighting to assist her in completing the last minute details of her final home sales of 2017.

It’s a late night ritual that has become common place for the Kelowna real estate agent over the past 4 years as she’s worked to become one of the top agents with Century 21 Assurance Realty.

Her success in the industry hasn’t come easy, it’s meant long hours, with most days starting at 7am and lasting into the wee hours of the night, but it’s one she wouldn’t trade for anything.

“When I started my career in real estate I had clear goals, I knew what I wanted and how I was going to accomplish it. It hasn’t been easy, but I love what I do and that passion drives me each and every day to do whatever it takes to be successful.” she says.

Her success comes as no surprise to those who know the West Kelowna native, with a familiar sentiment being “don’t get in Danielle’s way”. It’s a drive and determination that has burned deep within for as long as she can remember and it’s taken her to places she only dreamed of as a youngster. From playing University and professional hockey, to earning both an Undergraduate Degree in Psychology and Brain Sciences and a Master’s in Business Administration (MBA), she’s achieved success in every personal and professional quest she’s taken on.

How has this conviction towards success benefited the 34 year old when it comes to the world of real estate? For one, it’s driven her to become one of the top young agents in Canada, closing nearly 50 deals (that’s almost one per week) in each of the last two years. They’re numbers that have led her to the top 1% of agents within Century 21 across Canada and has

earned her Centurian Status the last 3 straight years. She was also named one of the top 40 under 40 business people in Kelowna by the Chamber of Commerce in 2017. Finally it’s earned her recognition as one of the top 100 real estate agents in Canada under 35 by Real Estate Professional magazine as part of their 2017 young guns report.

As one of only 14 agents from British Columbia and 2 from Kelowna chosen as part of the yearly report, Grundy was thrilled to be recognized for her continued commitment to not only the industry, but also the great clients she has the chance to work with on a daily basis.

“The best part of my job is the feeling I get when I hand over the keys to my clients for the first time. It’s an extremely fulfilling moment knowing I’ve helped them find the perfect home that they’ll enjoy for years to come.” she says.

“If you’re willing to put in the time and effort to be successful, real estate is an amazing career”

The accomplishments of Danielle and the others on the list are impressive, especially considering a majority of agents in Canada leave the profession after only 2 years. Equally impressive is the realization that after only 4 years in the industry she’s moved more real estate than most agents will manage to move in their entire career. It all showcases what makes her a leader in helping drive the future of the real estate industry forward in Kelowna and across Canada.

“If you’re willing to put in the time and effort to be successful, real estate is an amazing career. It’s not easy, but if you give it everything you have and commit 100% of your energy towards your clients, you can be very successful and have a fulfilling career.” she says. “I see digital marketing as the way of the future for real estate agents. I’ve learned a lot over the past 4 years that has helped contribute to my success and I want to now pass that along to other realtors who are looking for support.” she says.

With a drive to not only achieve personal success but also help others advance within the industry, it appears there’s no stopping the 34 year-old from reaching whatever goals she sets out to achieve. At the end of the day many would say this means “don’t get in Danielle’s way”. 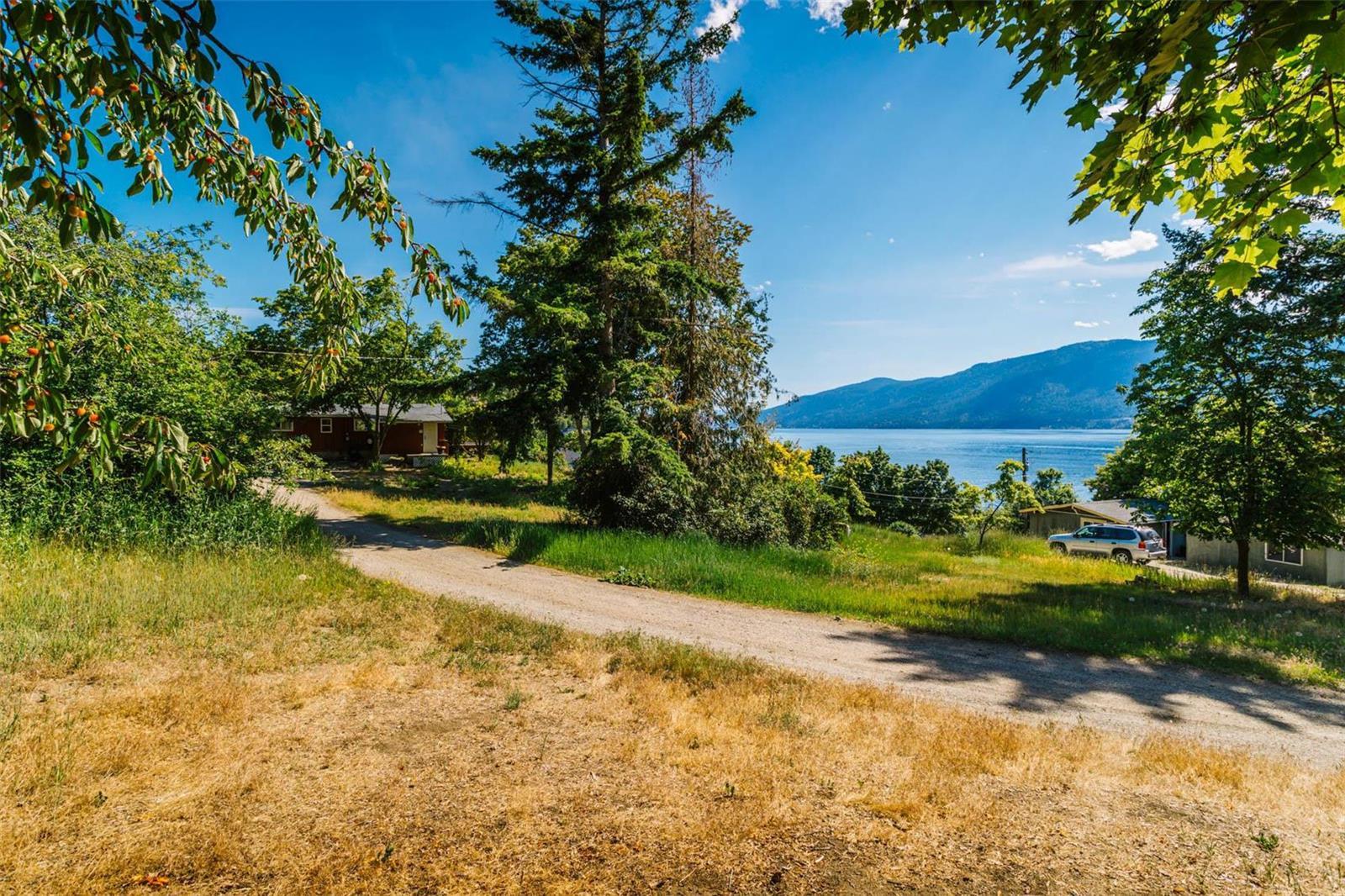